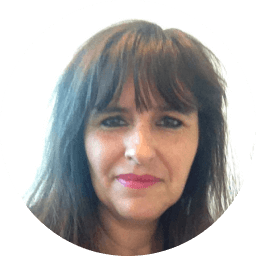 One of our major challenges was having everyone aligned and clear on their objectives and how these liked to the company objectives. Saberr has transformed that with clear team purpose, goals, retrospectives and 1-1’s.
Annemie De Smet, HRD, Iptor 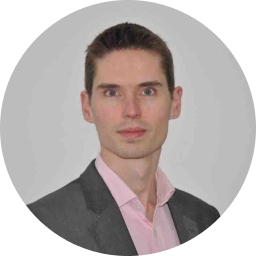 We’ve seen a lot more open dialogue, alignment and a shared understanding of our values. We’re rolling Saberr out to the wider business as a result.
Simon Baty, Head of Fixed Income, NatWest Bank

How we support transformation

Digital transformation, mergers, acquisitions, leadership - whatever change you’re going through the biggest challenge is not the tools and the processes, it’s the people. At Saberr, we understand that transformation is ultimately about changing people’s behaviour. And we’ve got lots of experience in making that process smooth and joined up - let us show you what we mean.

The moments that matter for transformation 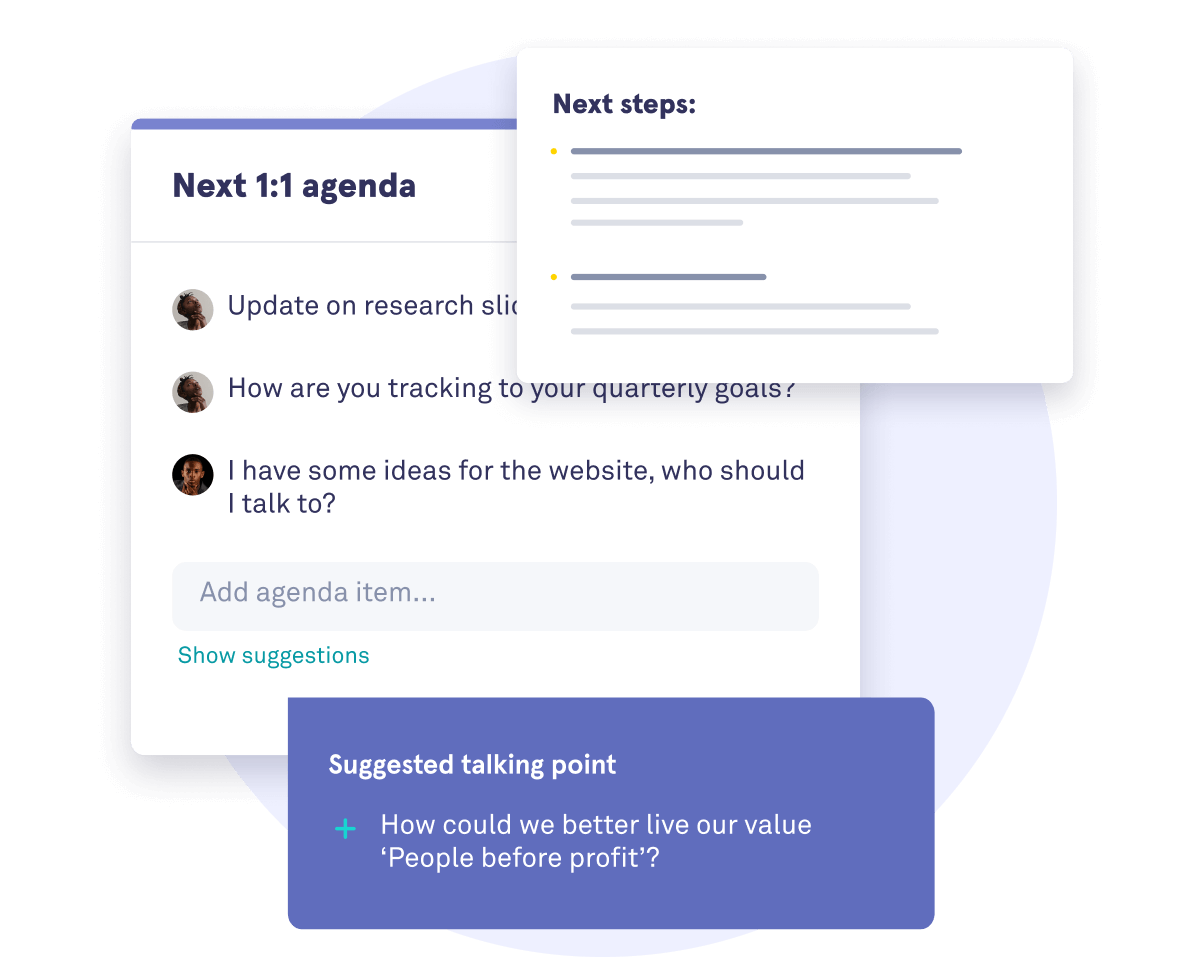 Connect to your agenda

It’s important that the tools you use feel connected to the broader agenda - reinforcing key messages in the flow of work. We work with you to make sure you message lands. Our consultants have done hundreds of change programmes for some of the worlds best known businesses.

Make managers the champions of change

If you don’t involve the people at the bottom, the process won’t work. Help managers to take control right from the off with our ready-made meeting templates, interactive team sessions or learning content, specifically designed to help managers understand and solve the challenges of transformation and become a coach for their team - and then feed their experience back to leadership. 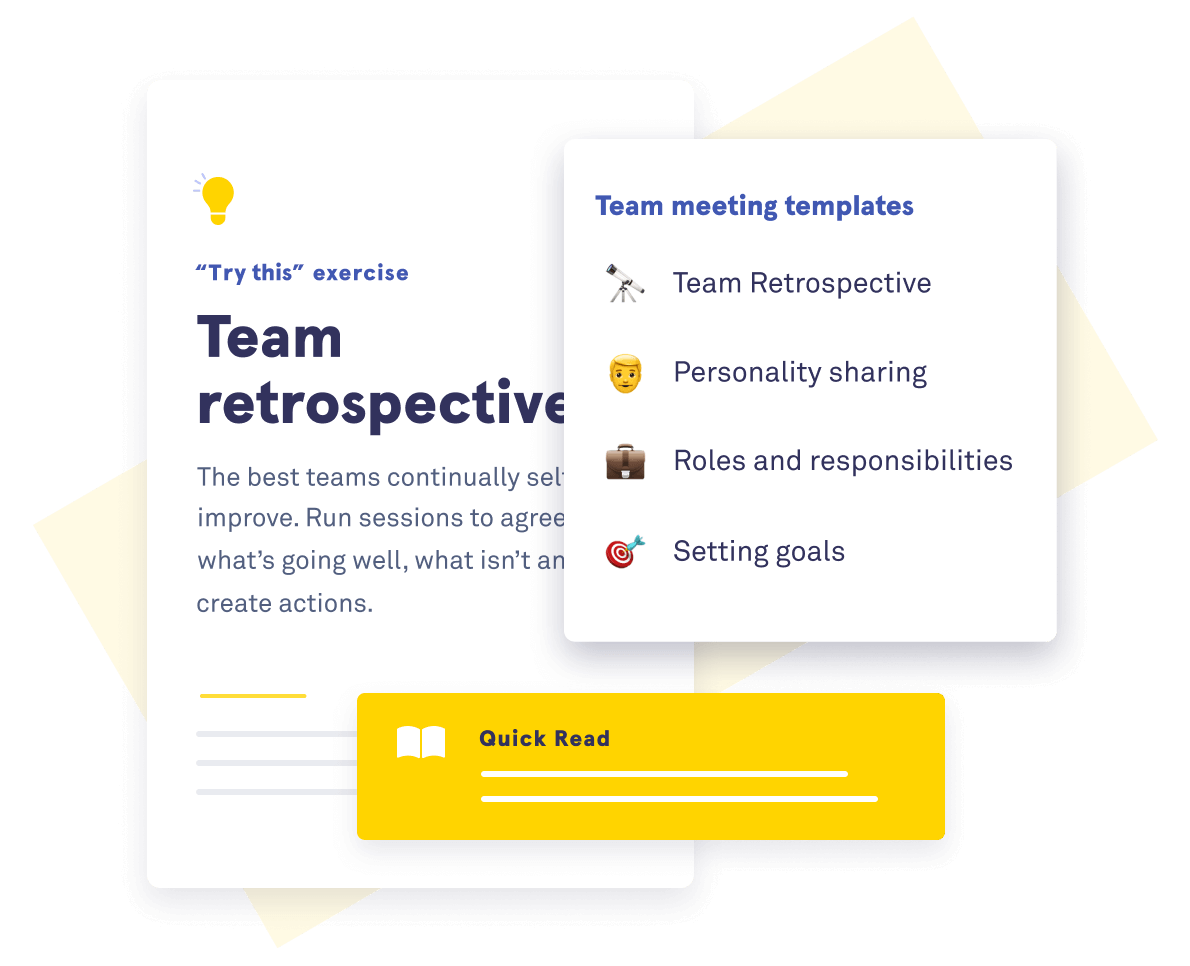 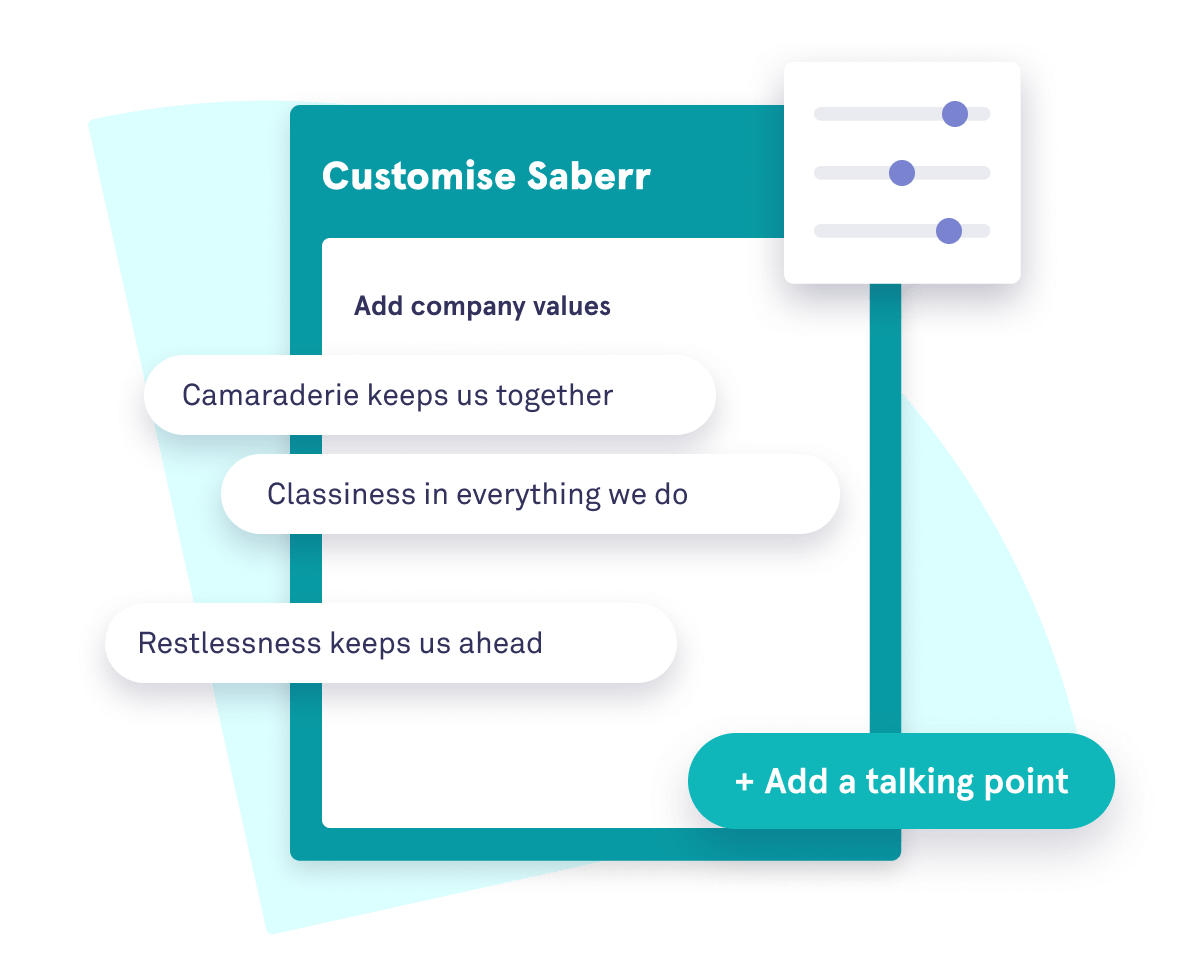 Successful change is as much about clarity as it is about momentum. Customise CoachBot’s nudges, prompts and SmartTips to help reinforce key messages for your change programme and keep conversations between a manager and their team focused on what’s important.

Use CoachBot’s surveys feature to get a detailed understanding of how employees are feeling throughout the change process and how this might be impacting their performance. Use one of our pre-made surveys specifically designed for transformation programmes or design your own. 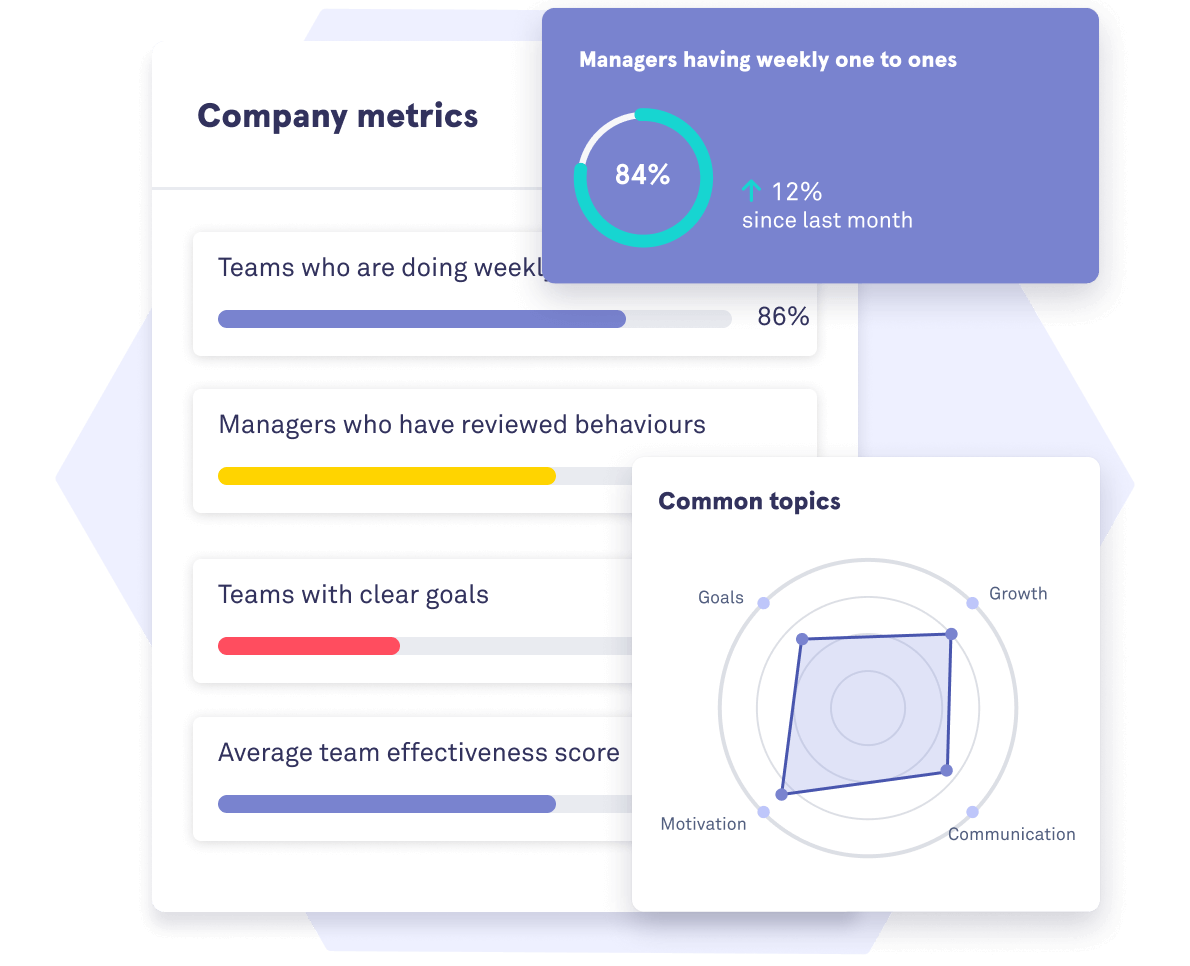 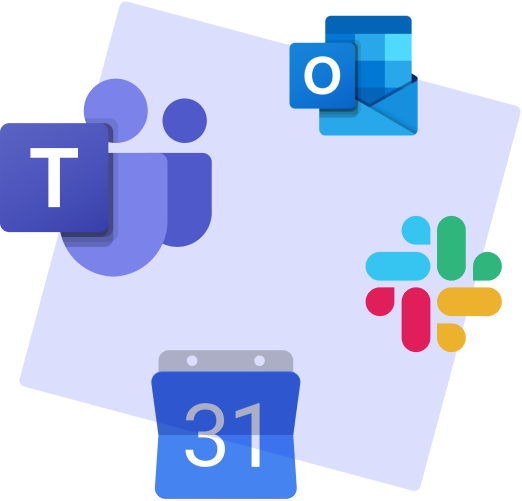 It won’t take long to see the results

When managers and teams use Saberr for just 1½ hours a month, there is an average increase of...

"Every business is  going through a transformation of sorts".  The comment of a CEO we worked with in 2019.  “Engaging your people in the change process is essential to its success.” According to McKinsey “70% percent of change programs fail to achieve their goals, largely due to employee resistance and lack of management support.”

How can organisations equip and empower leaders at all levels for successful change?

Organisation change requires individual change at scale. Self awareness leads to better team performance. But self awareness must lead to self development, changing behaviours. We need easier ways to understand how we are "showing up" at work and the implications for the change we will go through.

The role of a manager is critical in their team’s success. 70% of the variance in team engagement is determined by the manager. The power of effective one to one meetings and management in sustaining change is key. These one to ones are both personal to each individual. But they are also consistent in driving consistent communications. Why are we changing? How are we changing? What does this mean for me?

One to one coaching is necessary but not enough. Collaboration is becoming increasingly important as the problems we try to solve become more complex.

94% of companies say that agility is critical but only 6% of them claim to be very good. At the root of being agile is a focus on the customer and an ability to empower high performing teams.  A team of stars who don’t work well together will be out-performed by a less skilled team with great team cohesion.

The principles of team management are also well established. Defining a shared purpose, setting goals, fostering psychological safety and accountability. But teams are under-served when it comes to the technology and tools to support managers.

Saberr is designed with the team in mind.

But teams need to make sense of this in their context. Teams need the autonomy to think for themselves and take action.

“Each unit was fighting their own fights in their own silos. The specialisation that allowed for breathtaking efficiency became a liability in the face of the unpredictability of the real world…….Our challenge now that we understood it, was to find a way to reshape our structure to create a team-like oneness across an organisation of thousands."

Change is in the interests of a purpose beyond the individual, team or organisation. Too much change suffers from "inside out" thinking. Individuals and teams fixate on themselves without understanding the wider context.  This creates silos.

Peter Hawkins, describes the power of an "outside in and future back". "By focusing outside in, the team ask who they are there to serve and what stakeholders require from them".  Future back plans are based on historic understanding and future possibilities.

Slack and Microsoft teams are examples of how technology can support collaboration. But none of them support people's development. Managers must become the change coach for their teams.

Why you’re failing to change team behaviours at scale

Three ways of dealing with resistance to change

Ready to start improving your managers?

Schedule an intro call with one of our team.
Book a call 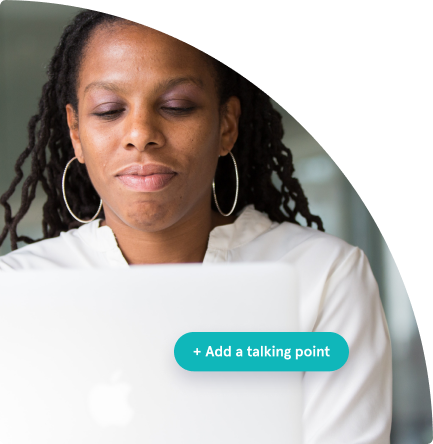